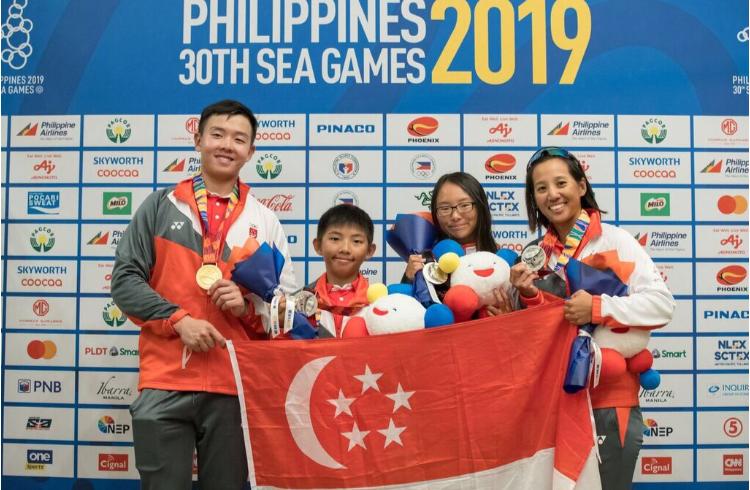 Subic Bay, Philippines, 7 December 2019 – Singapore’s sailors have added another four medals – 1 gold and 3 silvers – to the Republic’s overall tally at the end of day seven of competition at the Subic Bay Yacht Club in the Philippines. The sailors were unfazed despite Typhoon Kammuri disrupting the race schedules as they were initially slated to compete on Monday, 2 December but had their races called off, only resuming on Wednesday, 4 December.

Singapore sailors Ryan Lo, 22 and Victoria Chan, 29, took home the gold and silver medal in the Men’s Laser Standard and Women’s Laser Radial events respectively. Ryan, a SpexScholar on a full-time Olympic campaign, led the fleet from Day 1 and he maintained that consistency throughout the regatta with 5 wins and 3 second-place finish to win over nearest competitor Keerati Bualong, THA. Victoria, competing in her 3rd SEA Games equalled her performance in 2015, sitting comfortably in 2nd place between Kamolwan Chanym, THA, who won all except for one race,  and Nur Shazrin Mohammad Latif, MAS, who finished third.

In the Optimist (U16) Men’s and Women’s event, Kenan Tan, 12 and Radiance Koh, 15, both clinched the silver medals in their categories. Twelve-year-old debutant Kenan Tan is the youngest athlete in the Team Singapore SEA Games 2019 contingent. Despite finishing fourth after Day 1 of racing, he climbed back to the second position by race day 2, maintaining it until the last race. Radiance, in her second SEA games appearance, led the fleet for the first 2 days before being overtaken by Noppassorn Khunboonjan, THA. With 1.5 points separation between the two going into the last day, her opponent won the last 4 races, leaving Radiance to settle for the Silver medal.

Sailing at the SEA Games will continue over the next few days, with the Mixed Keelboat and Windsurfing races to take place. 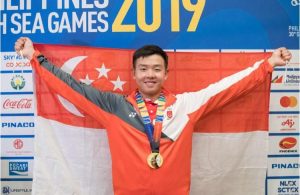 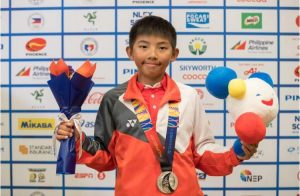 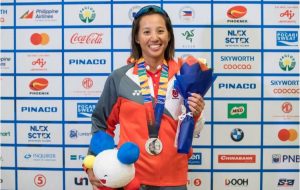 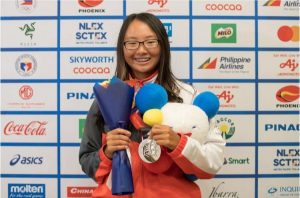