Subic Bay Yacht Club, Philippines, 30 November 2019 – Singapore will be represented by 12 sailors who will compete in seven events on the waters of Subic Bay from 30th November to 11th December 2019 with 2 sailors making their debut at the games.

The optimist category will be represented by Kenan Tan and Radiance Koh in the boys and girls individual event respectively. 12-year-old Kenan Tan is the youngest athlete in the SEA Games contingent and he is excited to make his debut. For the Primary Six student, this period of transition from primary to secondary school has been challenging but he credits his teachers and classmates for their understanding and help in his studies. Radiance who won a bronze medal in the previous Games has set her sights on gold as it’s her last chance to compete in the Optimist category due to age restrictions.

Ryan Lo, the defending gold medalist will be competing in his 3rd SEA Games. The full-time sailor who is also campaigning for the 2020 Olympics will be representing Singapore in the Laser Standard Individual event. Similarly, Victoria Chan who has her sights in the Olympics has made a comeback to competitive sailing just last June after a short hiatus from her silver medal in the Laser Radial Individual event at the 2015 Games in Singapore.

Alexander Lim who is also making his debut at the coming Games is accompanied by Marsha Sharin who just arrived in Subic this morning after completing her last ‘A’ levels paper. Marsha, living on a hectic timetable amidst training and studying for the ‘A’ levels is hoping to do Singapore proud and redeem herself from last year’s Summer Youth Olympic Games performance. Alexander who came in 7th overall and as the top Asian in last years Summer Youth Olympic Games is looking to contest amidst strong competition from Indonesia, Thailand and the Philippines.

The Keel-boat mixed squad which consist of veteran sailors Anthony Kiong, Stanley Chan and Colin Ng who brought home Gold in the previous SEA Games edition are joined by Xu Yuanzhen, Daniella Ng and Roy Tay who are also veteran sailors to form the Mixed Keel-boat team. With a median age of 37 and some of the sailors having competed at the same venue 14 years ago, the team are keeping their eyes peeled for strong contenders and long-time rivals, the Philippines who are also on home ground. 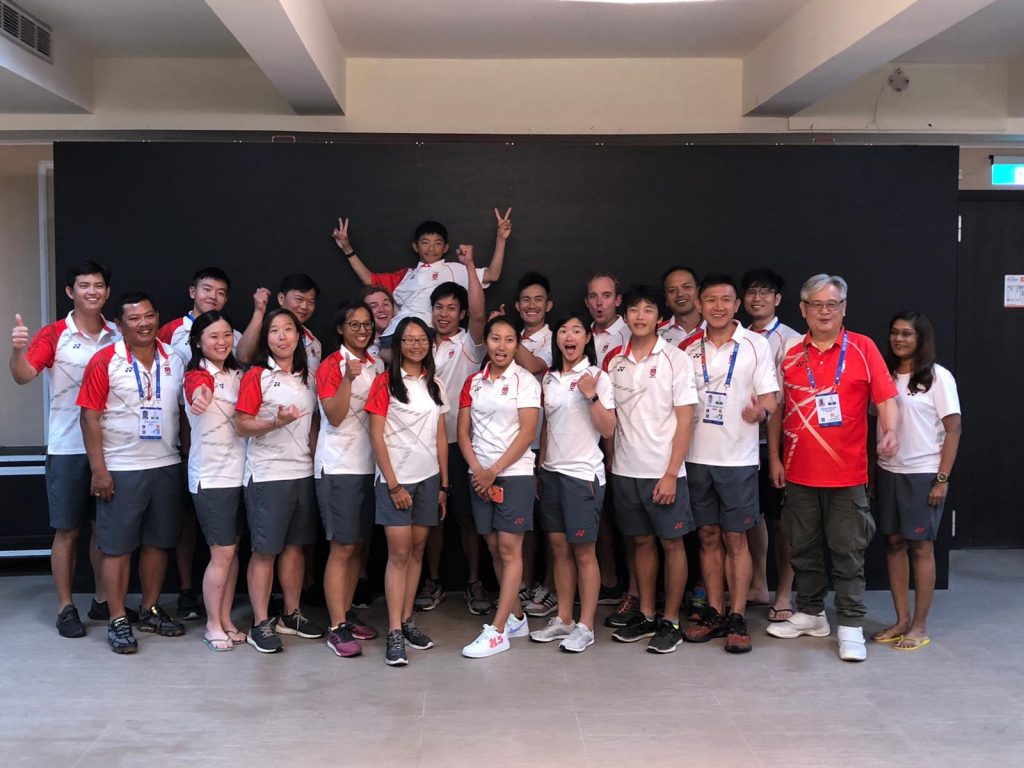